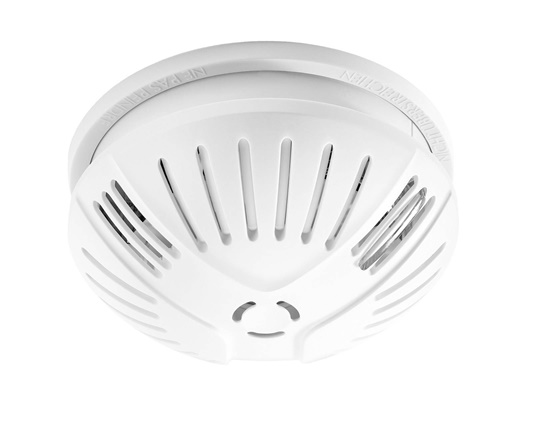 SKU: POPE701486
76.90 €
- +
Add to cart added to cart To checkout
Not enough in stock, maximum number:
Stock status: 9
Delivery: 1-3 Days
If one smoke detector causes an alert it will relay to all other POPP smoke detectors within Z-Wave network ? automatically and without any configuration in the control center

The wireless siren can be triggered manually.

If one smoke detector causes an alert it will relay to all other POPP smoke detectors within Z-Wave network ? automatically and without any configuration in the control center

The wireless siren can be triggered manually.

The Z-Wave smoke detector from manufacturer POPP sets new safety standards in your home. There are a lot of potential fire sources in your own four walls, for example open fire such as candles or a fireplace. Also an iron, cooking utensils or numerous other electrical device can cause fire.

Smoke detectors can save lives. In case of a fire or smoke emission every second counts giving the chance to extinguish the fire or to get somebody or themselves out of harm?s way. The Z-Wave smoke detector detects resulting fire and smoke emission reliable. In case of emergency it alarms acoustically and sends alarm signal to Z-Wave network so that all other smoke detectors in range can be alarmed. That ensures that the alert also reaches people in all floors as well as in the night while they are sleeping.

Thanks to Z-Wave wireless technology you can define further actions triggered by the smart home control center in case of an alarm. To enhance safety, escape routes can be highlighted with automated lighting and unlocking or locking of shutters and doors.

Z-Wave smart home buys time for you to get somebody or yourself out of harm?s way

Beyond these functions the Z-Wave smoke detector can be used as an independent indoor siren which can be integrated into an existing security system. Within your Z-Wave smart home network the smoke detector can be connected to other sensors such as door and window contacts or motion sensors independently from a control center. In case of an alarm the acoustic signal will be different from the signal in case of fire.