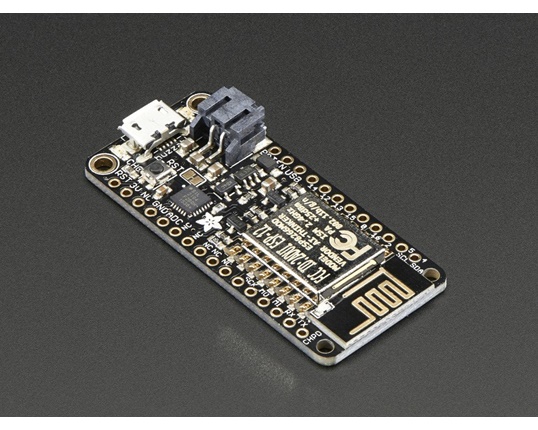 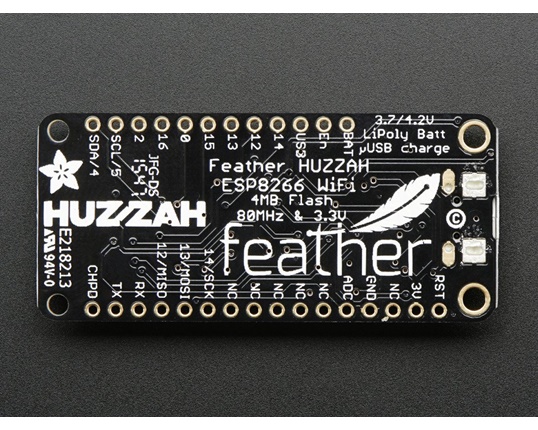 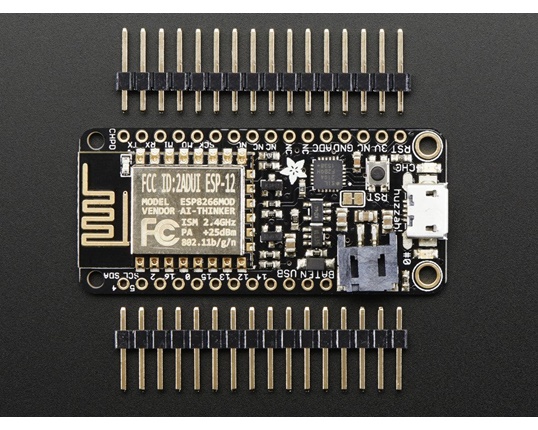 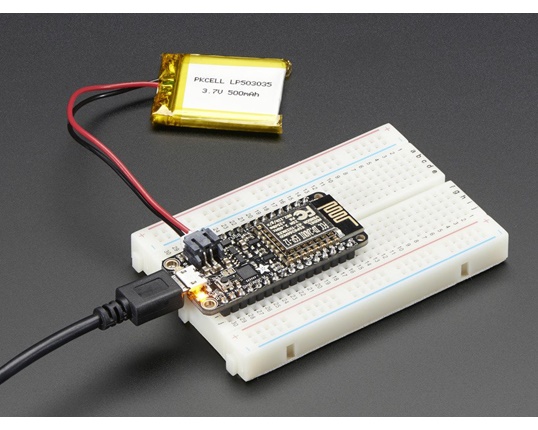 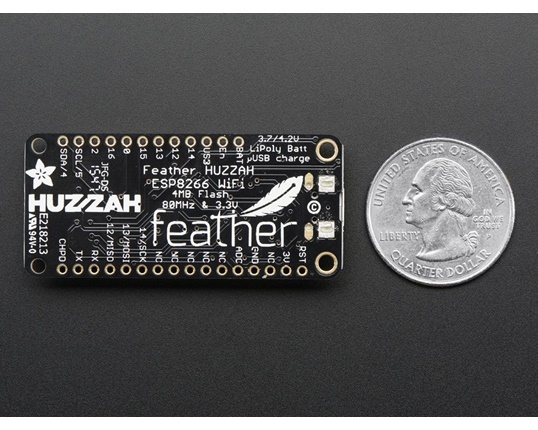 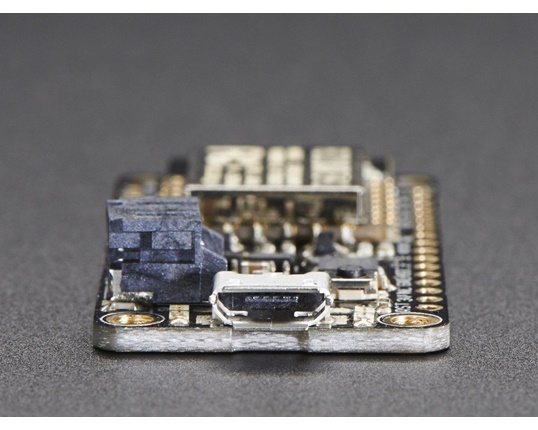 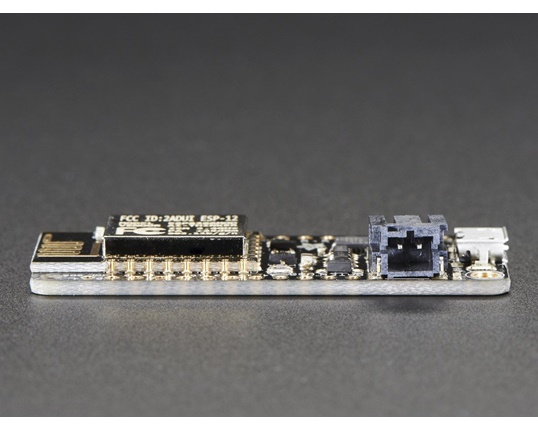 SKU: 2821
31.90 €
- +
Add to cart added to cart To checkout
Not enough in stock, maximum number:
Stock status: Few left
Delivery: 1-3 Days
Feather is the new development board from Adafruit, and like its namesake it is thin, light, and lets you fly! Feather is designed to be a new standard for portable microcontroller cores.

Product description
Feather is the new development board from Adafruit, and like its namesake it is thin, light, and lets you fly! Feather is designed to be a new standard for portable microcontroller cores.

This is the Adafruit Feather HUZZAH ESP8266 - our take on an 'all-in-one' ESP8266 WiFi development board with built in USB and battery charging. Its an ESP8266 WiFi module with all the extras you need, ready to rock!

At the Feather HUZZAH's heart is an ESP8266 WiFi microcontroller clocked at 80 MHz and at 3.3V logic. This microcontroller contains a Tensilica chip core as well as a full WiFi stack. You can program the microcontroller using the Arduino IDE for an easy-to-run Internet of Things core. We wired up a USB-Serial chip that an upload code at a blistering 921600 baud for fast development time. It also has auto-reset so no noodling with pins and reset button pressings.

To make it easy to use for portable projects, a connector is added for any of adafruits 3.7V Lithium polymer batteries and built in battery charging. You don't need a battery, it will run just fine straight from the micro USB connector. But, if you do have a battery, you can take it on the go, then plug in the USB to recharge. The Feather will automatically switch over to USB power when its available.

Comes fully assembled and tested, with a USB interface that lets you quickly use it with the Arduino IDE or NodeMCU Lua. (It comes preprogrammed with the Lua interpretter) We also toss in some header so you can solder it in and plug into a solderless breadboard. Lipoly battery and USB cable not included.
Specifications