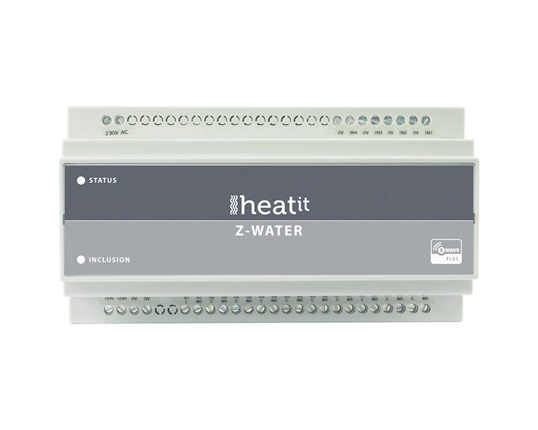 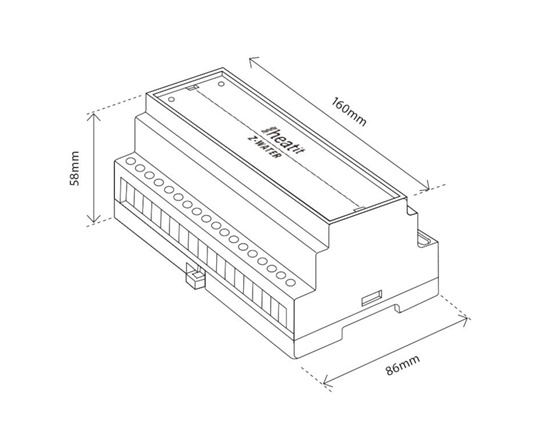 Heatit Z-Water has 10 individual controllable relays and 4 analog inputs. Heatit Z-Water has no logic to act as a thermostat - the functionality to control water heating (or similar) must be performed in the Z-Wave controller.

Heatit Z-Water analog/digital inputs (different firmware versions) can be configured to work with different functionality and can be connected to potential free contacts, open-collector outputs, and will be able to control other Z-Wave devices; switches, dimmers, etc. Furthermore, the inputs can be used as a Scene Controller and send Central Scene notifications to the Z-Wave gateway. It is possible to configure the level and the indication of the status indicator LED in the front of the Heatit Z-Water module.